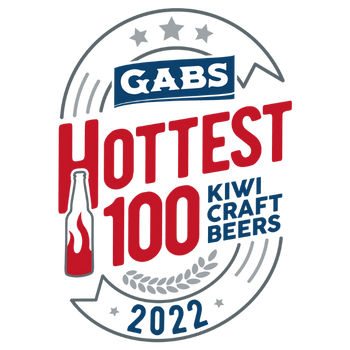 THE BIGGEST AND MOST INFLUENTIAL POLL IN KIWI CRAFT BEER

Each year, craft beer loving consumers are asked to select, in order of preference, their five favourite craft beers of the year. Sounds like it should be a simple process right? Well when you have almost 1,000 beers from across New Zealand to choose from it can be an agonising and challenging task.

Now considered one of the biggest polls of its type in the world, the campaign makes conversations about craft beer the topic of the day. With an average of 40% of the NZ list rotating each year, it introduces new craft consumers on to products they may never have been exposed to before.

Your challenge ? Expand your taste buds as you look out for a GABS Hottest 100 symbol and try all the beers on the list. After a fantastic 2021 GABS Hottest 100, a new champion has been crowned. Parrotdog Brewing Co's Birdseye Hazy IPA has soared to #1 followed closely by Garage Project's Sunrise Valley Hazy IPA at #2 and Panhead Custom Ales Supercharger taking third spot. Check out all the results. Discover the 75 breweries from across New Zealand who had almost 1,000 delicious beers nominated in this year's GABS Hottest 100™. Every beer on the list is someone's favourite and was brewed with great care, passion and love. Take time to familiarise yourself with all these great breweries and pack images and try their beers the next time you're looking to expand your craft horizons.

It takes something very special to become a GABS Hottest 100 Champion. Have a look into this small select group of previous year's winners who have shaped the craft beer landscape in New Zealand.